In a “press release” issued by the threat actors, they claim to be former affiliates who had made millions of dollars working with other ransomware operations. https://www.bleepingcomputer.com/news/security/darkside-new-targeted-ransomware-demands-million-dollar-ransoms/amp/

The executable is compressed with UPX

After the first instruction pushad I put a breakpoint on the ESP register and continue.

The execution breaks on the instruction lea eax, dword ptr ss:[esp80]. After the loop is executed it jumps to the entry point of the packed executable.

Once the executable is unpacked, we can analyze the ransomware

To make static analysis harder the ransomware resolves DLL’s and API calls dynamically using LoadLibrary, GetProcAddress and 2 custom functions shown below. In this screenshot, the address of _wcsicmp is resolved in memory.

The mutex Global\\3e93e49583d6401ba148cd68d1f84af7 is created to make sure only one copy of the ransomware is running, otherwise the ransomware exits. This is done based on the name of the executable. Then SetThreadExecutionState is called to force the system to be in the working state by resetting the system idle timer.

To make sure certain services are not running the following services are stopped using ControlService - SERVICE_CONTROL_STOP and DeleteService. Deleting a service is not useful if an organization pays the ransom and wants to go back into production quickly. As a system administrator, I wouldn’t be happy about this.

When deobfuscated, we can see that this PowerShell command is used to delete Shadow Volume Copies on the machine before encrypting it.

The encryption routine of the ransomware is shown below. 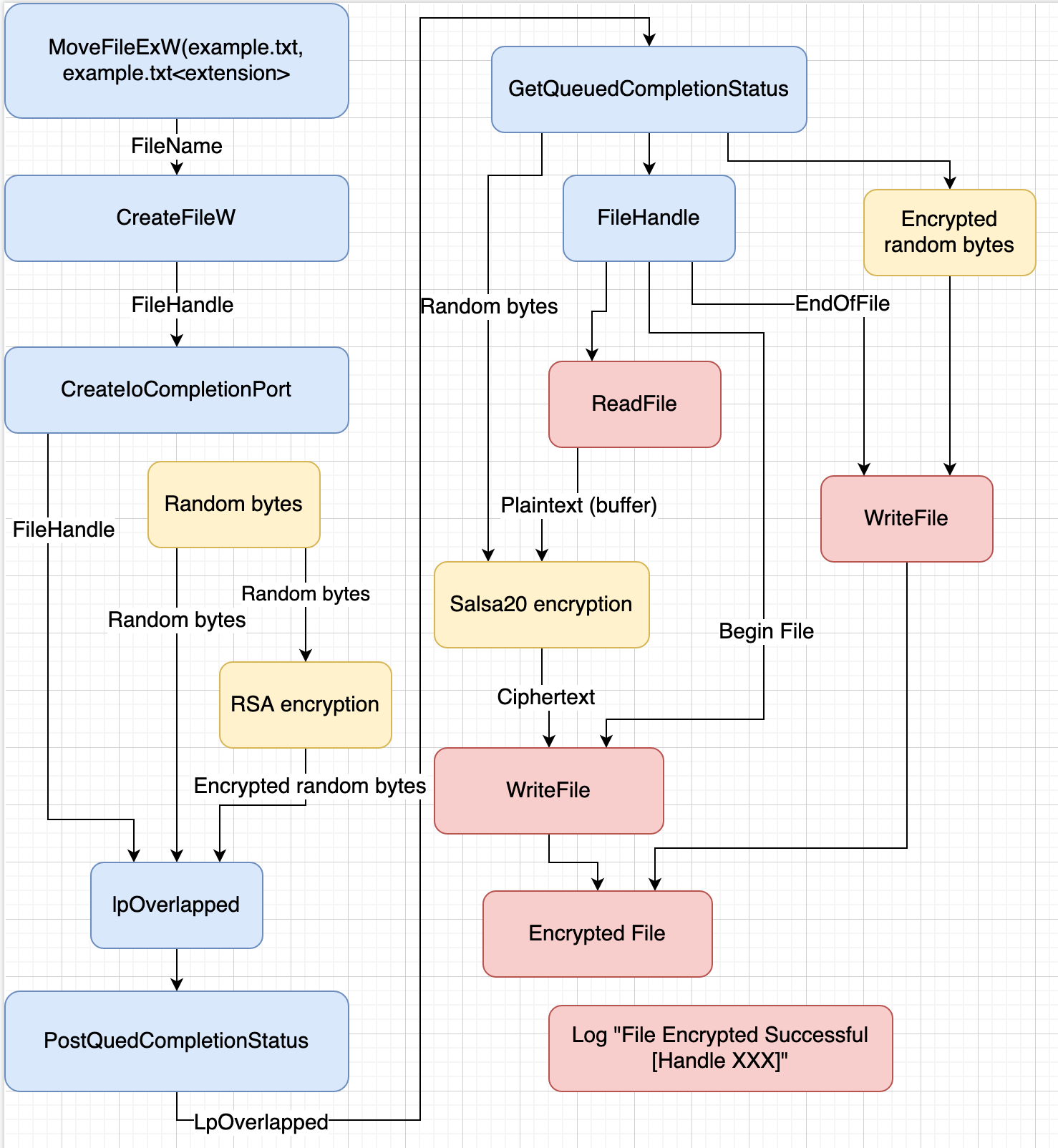